(Stuttgart/Heidelberg) – AK BioRegio, the working group of Germany’s biotechnology regions, elected the new committee to represent it for the next two years at its meeting in Heidelberg last Tuesday. Dr. Klaus Eichenberg, Managing Director of BioRegio STERN Management GmbH, was re-elected as spokesman, with Dr. Heinrich Cuypers, Senior Project Manager of BioCon Valley GmbH in Greifswald, confirmed as his deputy. Dr. Hinrich Habeck, Managing Director of Life Science Nord Management GmbH in Hamburg, joined the team as a further representative.

This is the second time in succession that Dr. Klaus Eichenberg has been confirmed in office, and he clearly appreciated this renewed show of trust from his peers throughout Germany’s biotechnology regions. “We will be working even more intensively together to inspire the enthusiasm the life sciences deserve.” Dr. Thomas Diefenthal, Managing Director of BioPark Regensburg GmbH, an energetic deputy spokesman since 2008, did not stand for re-election this time, on the grounds that: “After being part of the representative committee for seven years, the time had come to pass on the baton. Apart from that, my new role as Vice-President of the ADT (Federal Association of German Innovation, Technology and Incubation Centres) requires my attention,” he added. Dr. Eichenberg thanked him for his many years of constructive service on the representative committee, especially for the impetus he had provided for marketing efforts. 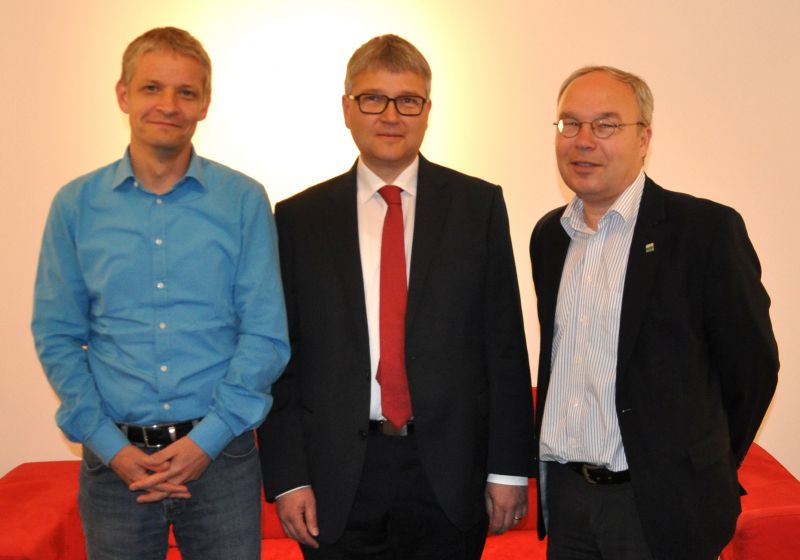