BIO 2015 in Philadelphia: BIO Deutschland is Rapporteur for the Federal Ministry for Economic Affairs and Energy 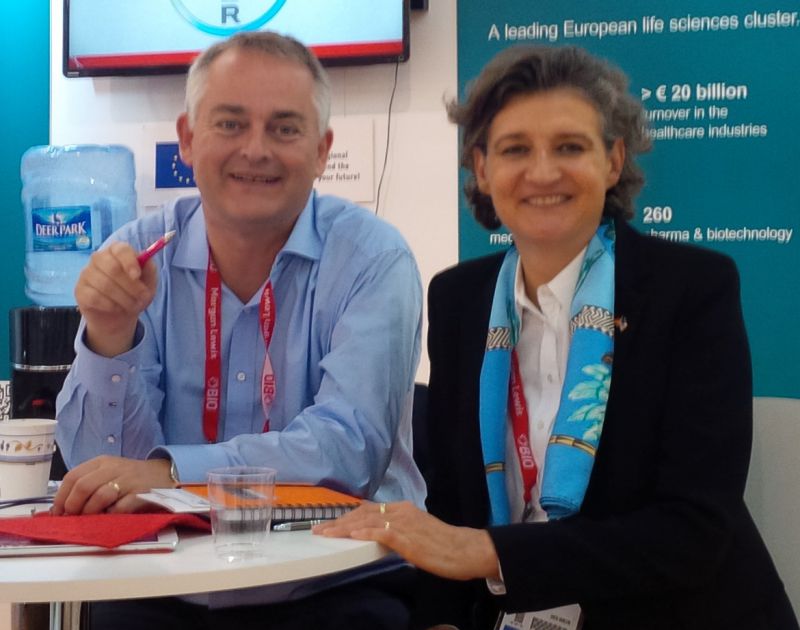 BIO International Convention, the largest biotechnology trade fair in the world, was held in Philadelphia from 14 to 18 June. BIO Deutschland travelled to the birthplace of today’s United States as the official rapporteur for the Federal Ministry for Economic Affairs and Energy, which supports German companies at the event as part of its international trade fair programme by organising the German pavilion. With floor space of 324m², the pavilion hosted 57 exhibitors who organised some 200 partnering meetings on the stand during the three days of the trade fair. Germany was the fourth largest international delegation at this year’s BIO International Convention. In addition to its role as rapporteur, BIO Deutschland ran the central information stand in the pavilion, where it provided large numbers of visitors with detailed information on the exhibitors, the German biotechnology sector and German biotechnology companies. It was supported on the stand by staff from Germany Trade & Invest, who provided information on opportunities for locating in the United States or Germany. Along with other stakeholders, Viola Bronsema, Managing Director of BIO Deutschland, was a panellist at the panel discussion during the symposium, Industrial Biotech’s Global Leaders Generating Innovative Solutions.

Just under 16,000 visitors from 69 countries attended this year’s event in Philadelphia. Around 29,000 scheduled partnering meetings took place – a new record for the event. However, the positive atmosphere was overshadowed by problems with the digital infrastructure on the trade fair grounds. The convention will return to the west coast next year, when San Francisco will host the international biotechnology community from 6 to 9 June 2016.

EuropaBio Board Meeting and Annual General Assembly Held in Brussels

Working Group on the Industrial Bioeconomy Hosts Breakfast for Parliamentarians

BIO 2015 in Philadelphia: BIO Deutschland is Rapporteur for the Federal Ministry for Economic Affairs and Energy