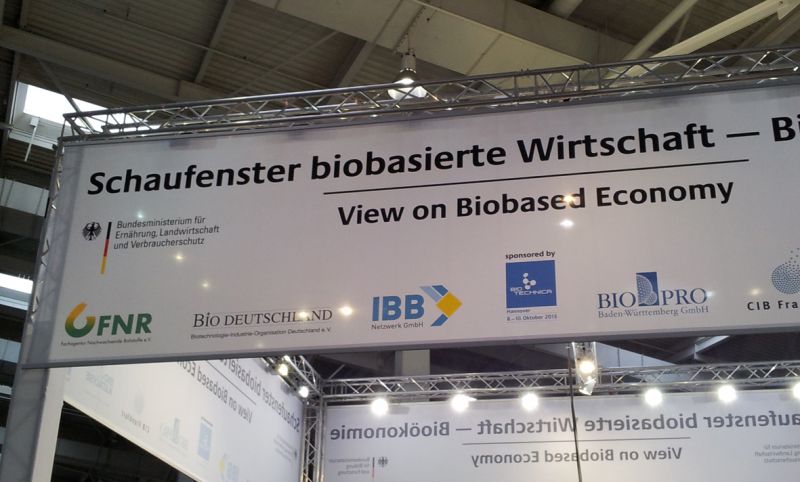 The bioeconomy was included in the programme of the world’s leading trade fair for industrial technology, the Hannover Messe, for the first time this year. BIO Deutschland took advantage of the opportunity provided by the joint stand “View on Biobased Economy” at the leading trade fair for environmental technology, IndustrialGreenTec, to present white biotechnology using testimonials by entrepreneurs and the brochure “White Biotechnology – A Pillar of the Bioeconomy”. The association was hosted at the trade fair by BIOPRO, which co-organised the joint bioeconomy stand with the Federal Ministry of Education and Research, the Federal Ministry of Food, Agriculture and Consumer Protection, and other organisations. Apart from white biotechnology, the stand also provided a wide range of information and interesting exhibits on the topics of biomass, biomaterials, biofuels and sustainability. Visitors were particularly interested in the 3D printer, which produced picture frames, a jewellery box and a DNA double helix from polylactic acid in just a few hours. The joint stand was a great success and provided an opportunity to present the potential of biotechnology to a new audience.

BIO Deutschland at the BIO International Convention in Chicago