Cooperation agreements and alliances will safeguard the supply of biotech innovations and further the advance of the biotechnology industry, particularly in the fields of health and raw materials, in the future. This is one of the conclusions of the thirteenth CEO & CFO Meeting of the biotechnology sector, the most important gathering of its kind in Germany. During plenary lectures and discussion groups on 24 and 25 November, over 100 board members and managing directors of biotechnology companies, along with other experts from the sector, discussed the topics facing the sector in the future: funding opportunities via private equity and support schemes, the latest trends in personalised medicine, and the importance of industrial alliances in ensuring a constant source of innovations in white biotechnology for a knowledge-based bioeconomy.

CEOs and managing directors of biotech companies presented details of their current business strategies, product developments and latest research findings. These included food and medication safety tests, innovative anti-infective agents against bacteria and viruses, enzyme products for use in ecological industrial production, and modern diagnostic procedures used to detect cancer of the bowel. Once again, the sector provided proof in the form of products and services that it already makes a major contribution to improving the quality of life in our society. 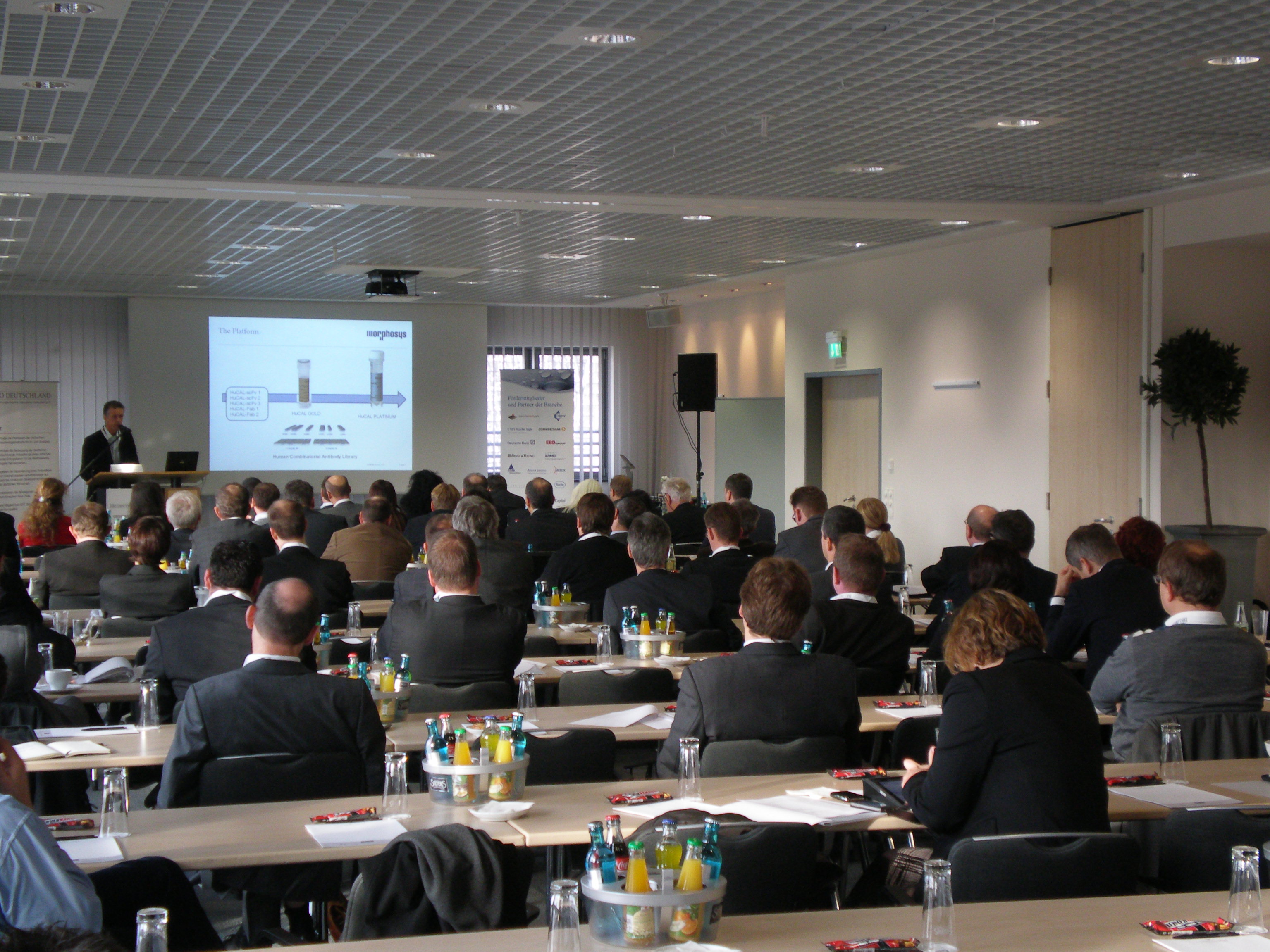 At the same time, Peter Heinrich, Chairman of the Board of BIO Deutschland, underlined the current precarious financial situation faced by many biotech companies in his opening statement. “Based on current calculations, the venture capital acquired this year will be a mere fifth of the amount received by biotechnology companies in 2010. However, we believe that more capital will go to biotechnology again once the global financial problems have been overcome. This will primarily involve capital from pharmaceutical companies, which are increasingly driving innovation in the biotech sector.”

The amount of funds provided to the biotech sector last year by increasing capital stock via the stock exchange and primarily from family offices came to some 650 million euro. By mid-November of this year, only around 120 million euro had been raised.

This was also due to the prevailing negative parameters for investors in Germany, as well as the continuing tax discrimination against innovative small and medium-sized enterprises, which rely heavily on venture capital to fund their research and development, Peter Heinrich added.

As a result, the sector is setting its hopes on partnerships with the pharmaceutical and chemical industries, as well as the provision of capital by wealthy private individuals who are enthusiastic about innovation and willing to invest specifically in pioneering fields. Peter Heinrich called for this willingness to be further strengthened by the provision of tax incentives for such investments.

This year’s CEO & CFO Meeting was sponsored by WestLB as the main sponsor and by Bayer, Boehringer Ingelheim and PricewaterhouseCoopers as topic sponsors.

News from the BioRegions: Innovation Prize