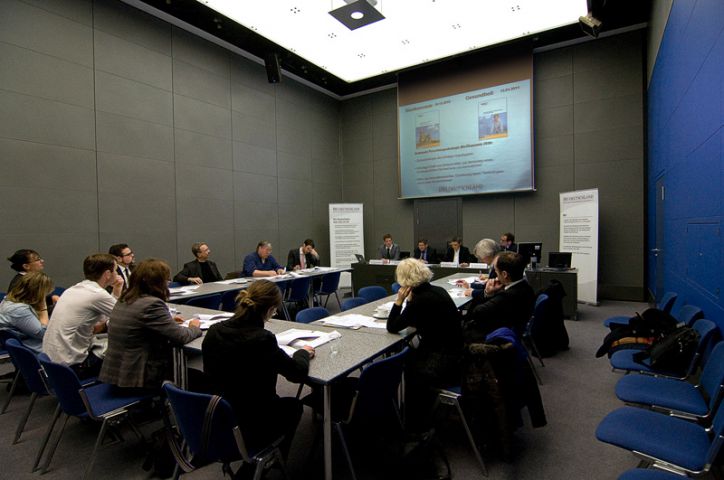 German biotech companies expect that their situation will continue to improve this year. Early indicators show that a more favourable future business situation and an increase in jobs and R&D investments can be expected. This was revealed by a survey by the biotechnology industry sector association, BIO Deutschland, in cooperation with the sector magazine, |transkript. The results of this established barometer of the sector were presented at a press conference in Berlin on 18 January.

Peter Heinrich, Chairman of the Board of BIO Deutschland, summed up as follows: “We are pleased that the biotechnology sector is once again looking more positively to the future and that this optimism among entrepreneurs has risen to its pre-crisis level once again.”

Expectations of the future business situation were particularly positive, as Viola Bronsema, Managing Director of BIO Deutschland, explained. She said that the mood index had increased by over five points to 98 points. According to the expectations of the some 200 companies who took part in the survey, R&D investments will also increase this year. This is indicated by the index value of 95.5 points, which rose by around four points. The companies believe that this will also lead to the creation of new jobs. The value of the employment index rose by two points to 95.3 points. Bronsema stated that the assessment of the current political parameters in Germany had also improved, with the political mood index increasing by five points to 96.7 points. On the other hand, the evaluation of the current situation and that of the future political climate remained more or less unchanged.

Patrick Dieckhoff, Editor-in-Chief of |transkript commented, “The survey data indicate a positive development in the German biotechnology sector this year. The general economic recovery could thus have an impact on the sector.”

As the biotechnology news magazine |transkript also established, around 600 million euro were invested in German biotechnology companies in 2010, which meant that the investment value of the previous year more than doubled.

Commenting on this, Peter Heinrich said, “The majority of the innovatively active biotech companies still need significant amounts of venture capital to be able to rapidly drive their research and development projects forward.” He added that most of the funds invested last year came from a few investor sources and were only of benefit to a very small number of biotechnology companies. “Germany’s innovative companies urgently need the political sphere to provide more investment-friendly parameters so that the location will once again become attractive to investors.”

You will find the results of the company survey at http://www.biodeutschland.org/trendumfrage-2010-2011.html (in German)