The organisers of the fifth German Biotechnology Days were pleased with the event. On the basis of key figures for the sector announced at the conference, the participants discussed ways of creating enough incentives for raising capital in the sector, particularly for companies that have not yet been listed and for innovative firms at the start-up stage in Germany. Various politicians expressed constructive views on this topic. Georg Schütte, State Secretary at the Federal Ministry of Education and Research, suggested an initiative to improve the capital market and underlined the funding opportunities available under the EU programme, Horizon 2020. In his opinion, not enough German companies are taking advantage of this funding. In his speech, Lutz Stroppe, Permanent State Secretary at the Federal Ministry of Health, stressed the importance of biotechnology and presented the Federal Government’s planned pharma dialogue. Sven Halldorn, Director-General Industrial Policy at the Federal Ministry for Economic Affairs and Energy, was reticent on the topic of the tax incentives that BIO Deutschland has been demanding for years, but did mention the possible introduction of an industrial policy innovation concept that would be tailored to the needs of innovative sectors. The event, which was organised by BIO Deutschland, the Council of German BioRegions, and Life Science Nord, had a record-breaking 800 registrations. 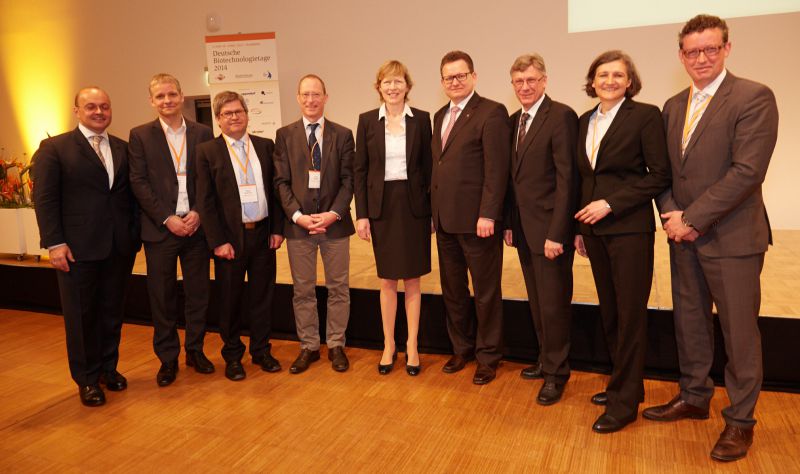 Hannover Messe: The Bioeconomy in 2030 – What We Can Expect

Save the Date: Webinar Presentation on Selected Biomarker Technologies