The SME Alliance set up by the German Association of Small and Medium-sized Businesses (BVMW) attended two meetings in Berlin in March. BIO Deutschland was also represented. The alliance took advantage of a week in which parliament was sitting to discuss current SME topics with Brigitte Zypries, Parliamentary State Secretary at the Federal Ministry for Economic Affairs and Energy. Zypries spoke about education and digitisation; reported on the ministry’s new structure and its focus on topics of importance to small and medium-sized enterprises, including skilled workers, entrepreneurship, financing, research and innovation; and underlined how important it is to her to boost the number of start-ups in Germany. She also said that the range of equity capital sources available for innovations must be expanded, for instance through crowdfunding opportunities or a new segment on the stock exchange. During a second meeting hosted by the Federal Government’s SME Commissioner, Parliamentary State Secretary Iris Gleicke, the focus was on taxation, financing and the amendment of the Renewable Energy Sources Act. Gleicke underlined the importance of innovative SMEs for the German economy, and said that more venture and growth capital must be made available. She also pointed out that ways must be found to make reinvestment easier both for entrepreneurs and investors. Tax incentives for research were also discussed at this meeting. 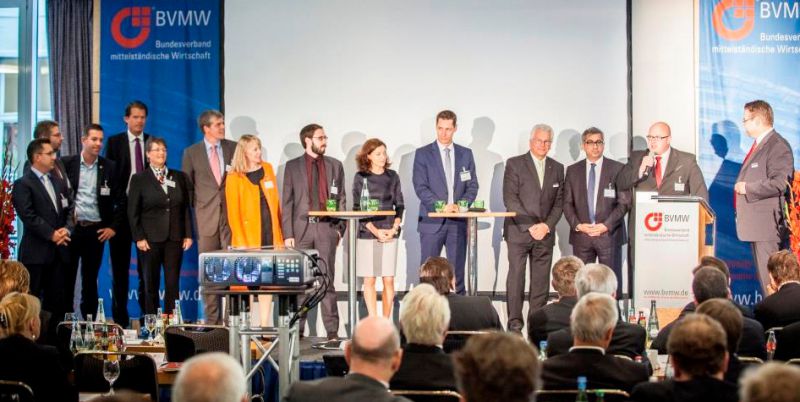 During the coalition negotiations following the German general election last September, tax incentives for innovative companies with up to 1,000 employees were made subject to financing availability. In the end, these incentives were deleted from the coalition agreement for the current legislative period.

The SME Alliance now includes around 30 trade associations, which together represent over 250,000 small and medium-sized enterprises. During the meetings, BVMW president Mario Ohoven emphasised that the alliance can play a major role in creating better conditions for small and medium-sized enterprises in Germany, and that it is keen to do so. The alliance’s working groups have produced position papers on the topics of the labour market, the Digital Agenda, energy, innovation, taxation and financing. These papers are available from BIO Deutschland’s office (info@biodeutschland.org, tel.: +49-30-72625 130).

Working Group on the Industrial Bioeconomy Meets in Berlin

EuropaBio Board Meeting in Brussels