Despite a more positive assessment of their current situation, German biotech companies are starting 2012 less optimistically. By using product and service models, the sector is making itself ever less dependent on venture capital. This was found in a survey conducted by BIO Deutschland in cooperation with the sector journal, |transkript. The findings of this barometer of the sector were presented at a press conference in Berlin on 16 January 2012.

Early indicators show that a constantly growing number of employees accompanied by slightly decreasing expenditure on R&D can be expected. At the same time, expectations of the future business situation are declining. As the biotechnology news journal |transkript also established, around 141 million euro of new capital went to German biotechnology companies in 2011. (2010: 650 million euro).

Peter Heinrich, Chairman of the Board of BIO Deutschland, summarised the survey findings as follows: “German biotechnology companies have proved that they can cope with crises and have adapted incredibly well to the shortage of financial resources. They are continuing their work on developing new products and are becoming increasingly profitable in this area.”

German companies regard their current situation more positively than they did a year ago. The index value for this field increased slightly in comparison with the previous year from 95 to 96 points. However, the companies’ expectations of the future are less optimistic (2010: 98 points, 2011: 92 points). If the expectations of the over 1,000 companies surveyed prove to be accurate, new jobs will also be created this year. (This index remained constant at 95 points.) At the same time, R&D investments may decrease slightly (2010: 96 points, 2011. 94 points). The companies’ assessment of the current political parameters in Germany has also deteriorated. The political mood index decreased by three points to 88 points – never before have so many companies believed that the political climate will not change in the future. Their assessments of the current political situation were also more negative, with the index value decreasing to 94 points (2010: 97 points).

Andreas Mietzsch, publisher of |transkript, observed: “German biotechnology companies are maturing. They have already conquered broad areas of industrial value added with their own products and are becoming increasingly profitable.”

Viola Bronsema, Managing Director of BIO Deutschland, commented on the results as follows: “Biotechnology companies are aware of their role as an important technological initiator for German industry. However, the political sphere does not seem to be aware of this. It could do more to promote an innovation-friendly climate for small and medium-sized companies in Germany.” 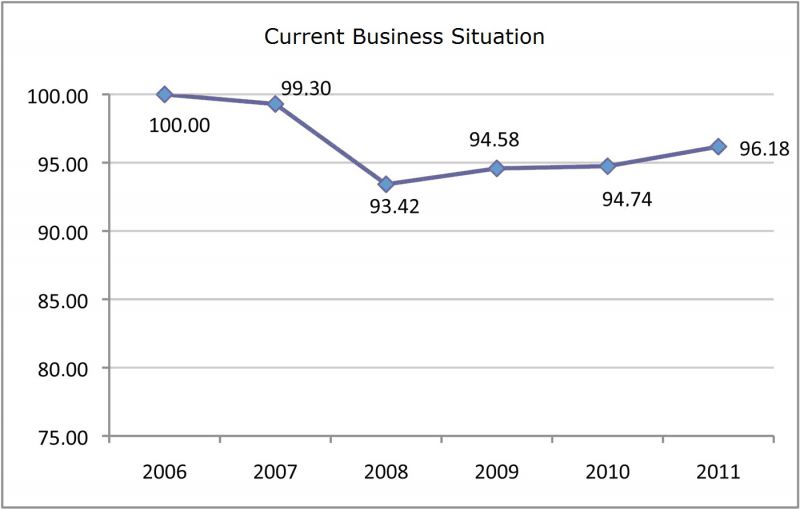 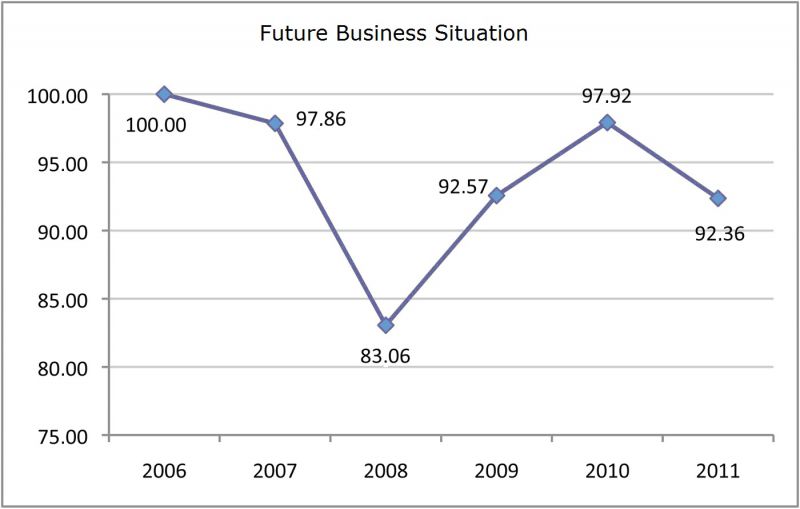 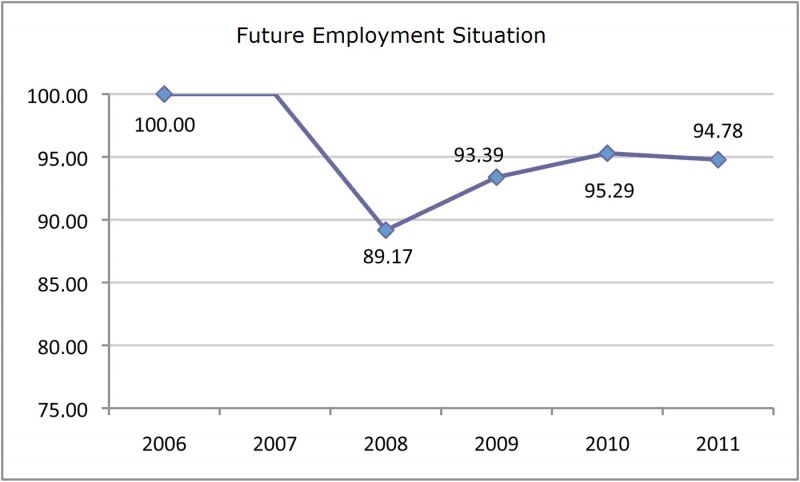 Companies regard the political climate as less positive (n = 225). 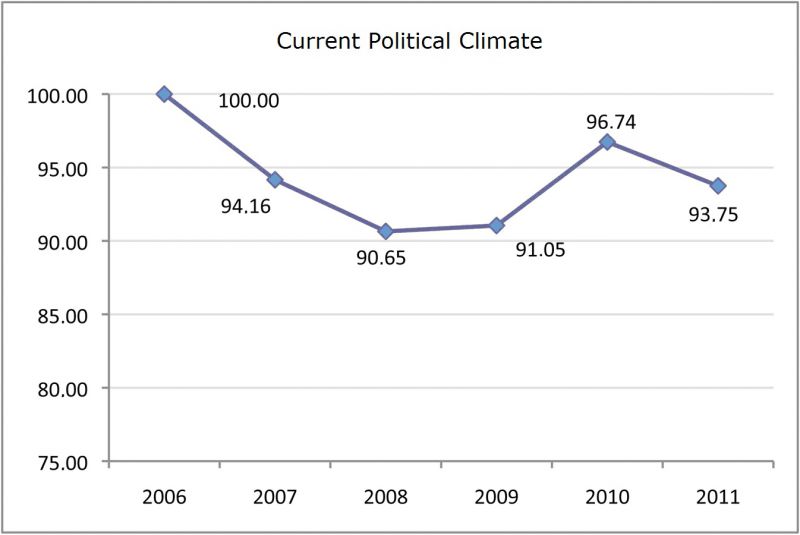 Expectations of the future political climate are declining (n = 225). 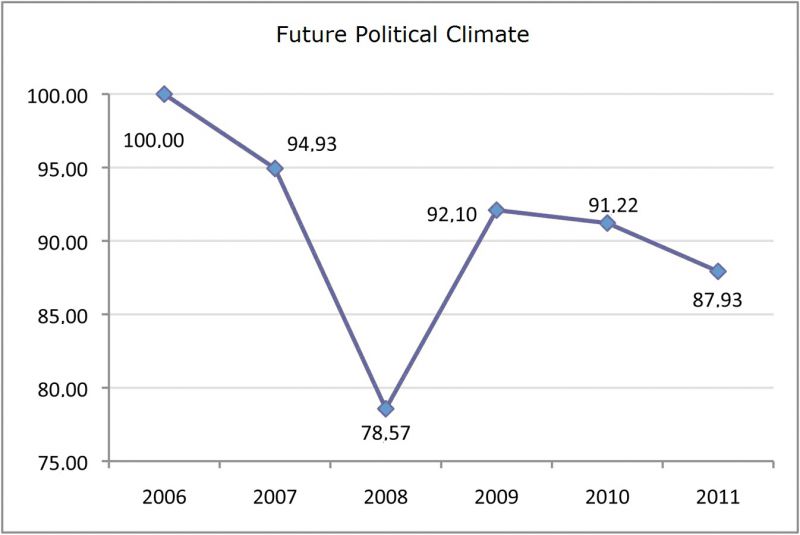