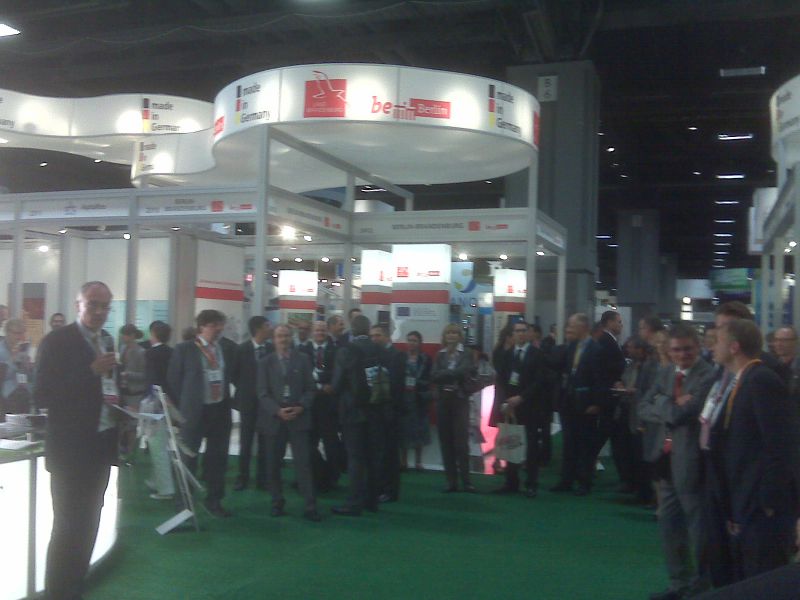 The US capital was this year’s host of the global bio congress, BIO International Convention. From 27 to 30 June, over 15,000 participants from 65 countries met, discussed, presented and exhibited in Washington D.C.

At the request of the Federal Ministry of Economics and Technology, BIO Deutschland once again provided support at the central information point at the German Pavilion. At its own stand, BIO Deutschland also had the chance to showcase the 46 member companies, which had previously submitted their data, in an audio-visual presentation, as well as to present its objectives and measures for supporting biotechnology.

BIO International Convention also provided the venue for many satellite events. Symposiums on special topics (access to growing markets or agro-biotechnology) or sessions (for example on human resources in the life sciences) were interspersed with many networking events.

According to the event organisers, BIO International Convention was a complete success once again this year. There were 1,700 exhibitors and a large number of sessions (more than 125 overall, with over 21,000 one-on-one meetings) in the conference programme.

Next year’s BIO International Convention will also be held on the East Coast and will take place in Boston from 18 to 21 June 2012.